Culinary herbs and spices have been used for centuries for their unique health benefits. The intense aroma and flavors of spices and herbs comes from phytonutrients. Phytonutrients are powerful, naturally-occurring chemical compounds found in plants, but can be in especially high concentrations in plants that have intense flavors, colors, or smells – like spices! Phytonutrients often have been shown to have antioxidant, anti-inflammatory, and occasionally therapeutic uses. Smoothies are a fun way to incorporate the unique health benefits and delicious flavors of spices into your diet. Below are ideas for spices and fruit pairings to incorporate into smoothie recipes, and other common smoothie ingredients the spices pair well with:

The first recipe, a blueberry coconut ginger açaí smoothie, uses powered ginger. Gingerol is the main compound in ginger, responsible for most of its medicinal properties. One of the best-known benefits of ginger is for digestion, especially in treating nausea. This ginger smoothie is a great breakfast idea for people who struggle with their appetite in the morning, or for pregnant people experiencing morning sickness.

The second recipe features cinnamon, a spice made from the bark of a type of evergreen tree. The compound cinnamaldehyde gives cinnamon its distinct flavor and smell and is responsible for its health benefits. Research on cinnamon has pointed to a potential role in the treatment of insulin resistance and type 2 diabetes. 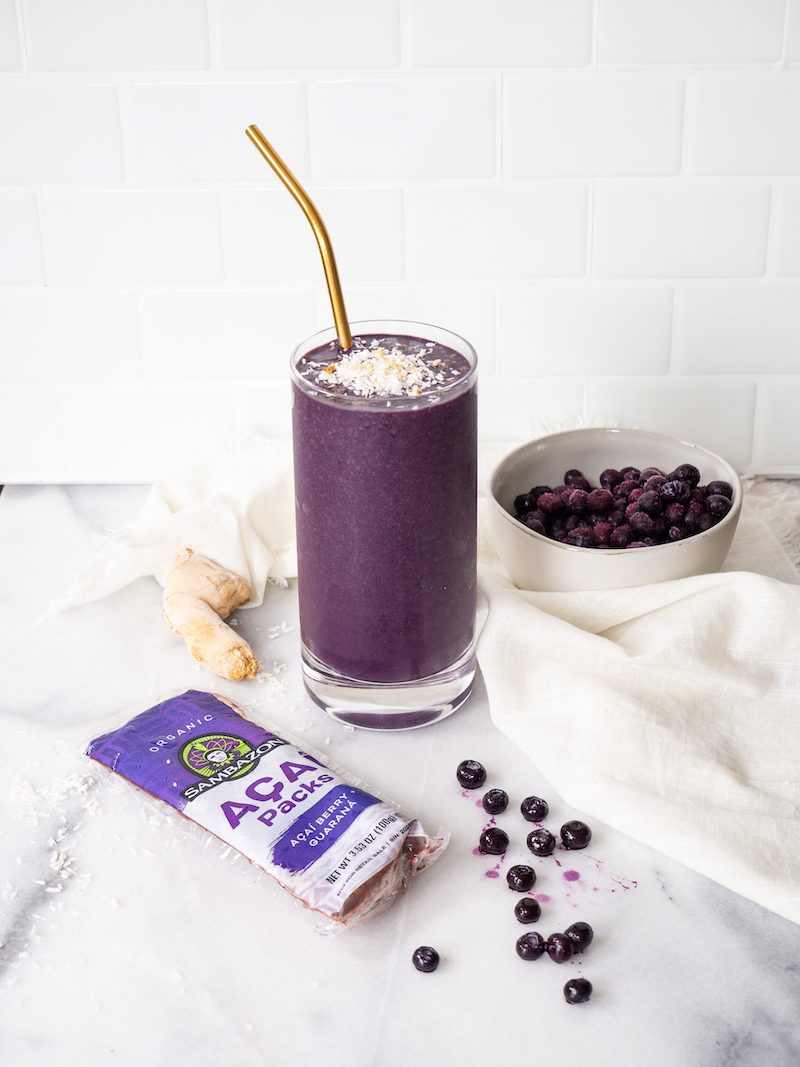 For a vegan version of this smoothie, use vanilla or unflavored coconut milk yogurt. It’s a bit thinner than Greek yogurt, so you might want to add a few ice cubes to thicken this smoothie up. The shredded coconut adds rich coconut flavor to the smoothie, and filling fats, but you could also use canned low fat or full fat coconut milk instead.

This chocolate cinnamon acai smoothie is rich and chocolatey – almost like a milkshake! For a more tart version, I like to use frozen tart cherries instead of frozen strawberries. If you don’t drink dairy milk, try oat milk with this recipe, which will keep the rich, creamy flavor and texture in a dairy free beverage. 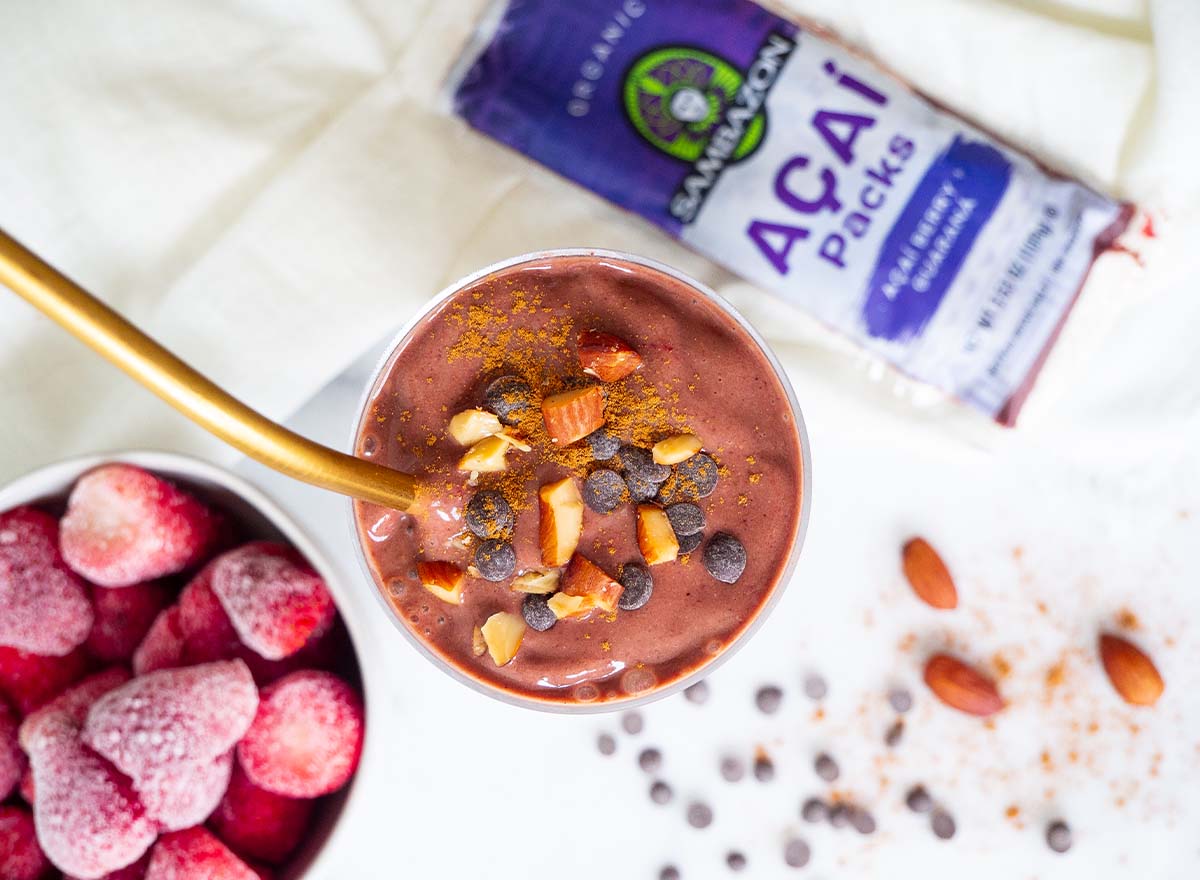 Rachael Hartley is a registered dietitian, intuitive eating counselor, and author of the book Gentle Nutrition: A Non-Diet Approach to Healthy Eating. She works with clients helping them nourish a healthier relationship with food, and to simplify nutrition so they can eat with confidence. Get recipes, tips, and inspiration delivered to your inbox.

Please note, comments need to be approved before they are published.

We Want to Hear From You Our most popular blend of organic Açaí and Guaraná for Rio-Style Açaí bowls & smoothies. We recommend 2 packets for...
From $6.49
BUY ONLINE Açaí berry and pomegranate organic energy drink 40 calories and 6g of sugar Rich in Antioxidants and an Excellent Source...
From $30.00
BUY ONLINE Pure Açaí purée with 0 grams of sugar* and 70 calories per serving. Great for customizing your Açaí bowls &...
From $6.49
BUY ONLINE